The name HERIO comes from the ancient name of the island of Noirmoutier, which was known as the island of “HER” before.
Saint Philbert, a famous Christian saint, after being chased from Belgium, came to Noirmoutier and founded a new monastery. It was referred to in latin scriptures as “Herio Monasterio”.
It is actually believed that Noirmoutier comes from there, through deformation and contraction of the language. “Herio Monesterio” became “Her Moustier”, which then became Noirmoutier.

It is to tell that story and to pay homage to the work of the people from Noirmoutier that we created Herio. This story, we chose to tell around our three main pillars :

The salt, simply salt. Salt is no conventional spice of condiment. It does not come from the other side of the world, it is not exceptionally rare, and it is not the next best thing in culinary tendencies. But it is a product that carries a huge amount of History, and which is quite powerful when used accurately, to enhance dull or trivial dishes. It is a daily product, and it is that simplicity which we want to promote.

The salt marsh, and its traditional worker the "saunier". Farmer from the sea, his hands in clay and salt with his feet in the water, the “saunier” has a unique craftsmanship, at the crossroad from two opposite worlds. Witness from ancient times, he works and harvest the salt marsh with nothing more than his two arms, in the very same way as his ancestors did 1500 years ago.

Noirmoutier. Off the coast of Vendée in the bay of Biscay, the island is a great sandbank where men settled 3000 years ago, and that has never ceased moving and transforming ever since. Swamps were dried out and transformed into salt marshes by monks 1200 years ago. Dutch immigrants made a name for themselves by gaining vast lands over the sea in the 17th century. If historically locals could cross the bay and reach the continent at low tide through the "Gois" passage, in 1971, a bridge connected the island to the continent for good and totally changed the way of living of the islanders. And salt is only one of the many other local specialties : oysters, potatoes, etc. 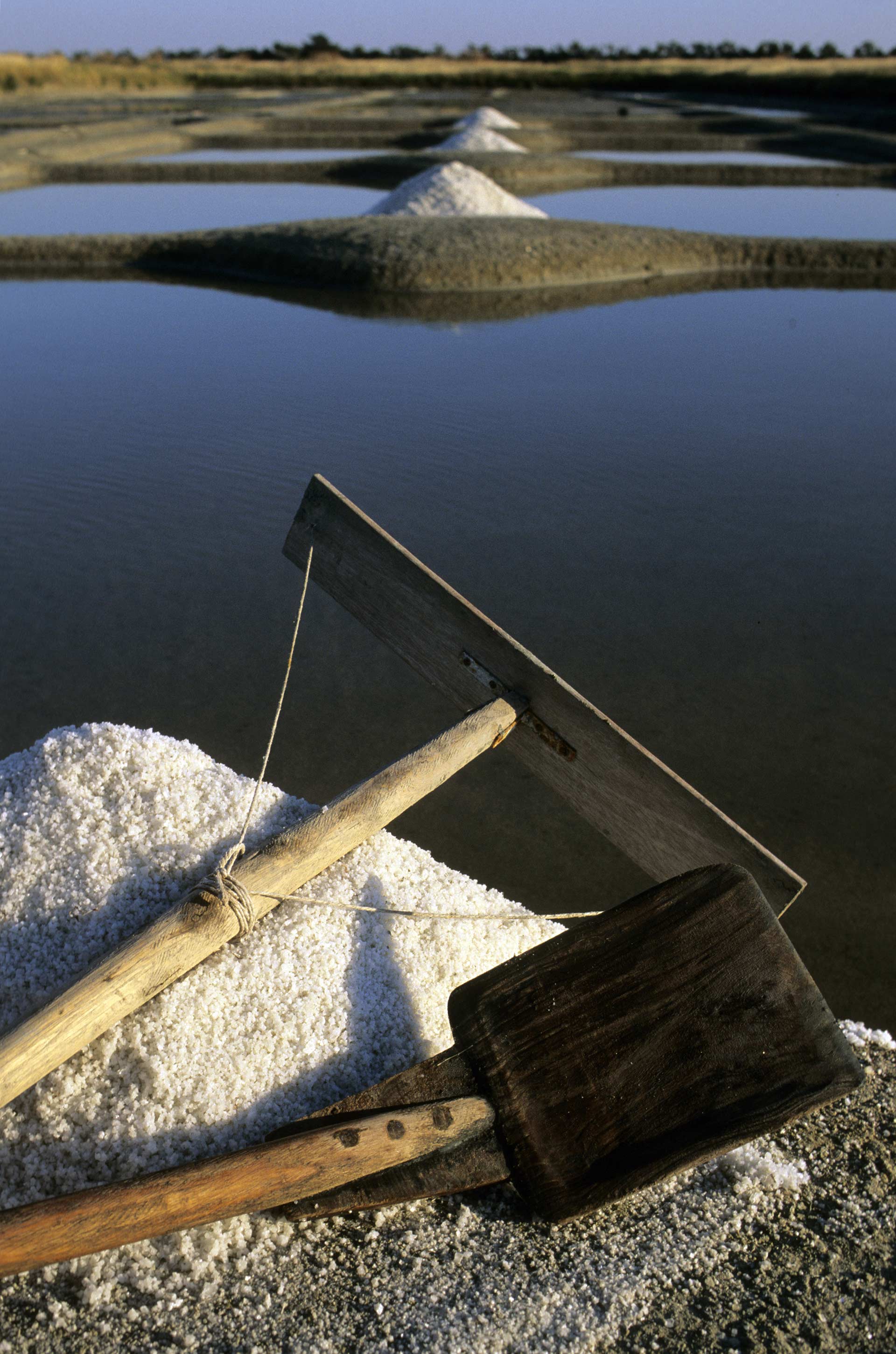 We are also biulding our brand around two fundamentals values, which support our vision and guide us in our decisions.

Being natural. Salt if a simple product. Product from the evaporation of sea water, it does not undergo go any transformation or alteration process. We try to bring to you the product as it is, as close as can be it to its natural form.

sincerity. In 2021, consumers’ habits have changed, and so does the way to address them. We deliberately chose to stay away from classical marketing speeches, which tend to overdo specificities, differences, uniqueness, etc, or put the focus on a product’s background or origin before the product itself. We humbly sell our salt : it is not perfectly white, it is often a bit wet, it is very similar to our neighbor’s product, etc. We do not claim that our salt has exceptional culinary or health virtues. Like most salt, it is 95% sodium chloride. That said, we are eager to tell you all the stories of our salt, of Noirmoutier, of traditional salt harvest, of salt through the ages, the continents and the different civilizations. Most of all, we are eager to explore all that can be done with salt while cooking, and to bring it to you.

Herio was founded in 2019 by François ROUSSEAU. He discovered Noirmoutier through his in-laws. He started showing interest in salt harvest on the island right from his visits in mid-2000’s. After 8 years in the textile industry in Paris, China or Northern France, he decided to begin a new journey and to create Herio to help channel local energies to promote Noirmoutier salt, and allow it to take its due-place in the world.